At their annual Regional MINI meeting in Atlanta, GA MINI USA targeted growth and opportunity while lauding the year’s successes including MINI of Wesley Chapel’s state of the art new facility and franchise.

The United States have become MINI’s largest market and are quickly, in light of BMW’s woes in China, becoming a real focus for BMW as well. MINI targets growth to 100,000 units annually by 2016; which would be a 34% increase for the manufacturer. They also state they will double sales of CPO (certified pre-owned MINI’s) in four years.

A large part of their strategy is to fix quality issues inside the brand. MINI has vowed to improve JD Powers initial quality issues which are the single black eye in one of the US’s most exciting car brands. MINI plans to add a few points as well which has not typically been a part of the MINI growth strategy.

MINI also plans new product launches with Paceman, which will be the first MINI to feature a rear boot badge. While MINI is careful not to lose it’s “MINI” appeal it has targeted the larger small car segment (Countryman) as a real growth opportunity. Nationwide events like Dragon and “MINI takes the States” have become more less a cultural phenomenon and will continue to be a point of MINI’s brand awareness strategy. Awareness of the brand is a challenge amongst a humble ad budget and small dealer body but the upcoming MINI advertising campaign will attempt to resonate with the unique proposition and personality of MINI and MINI buyers. 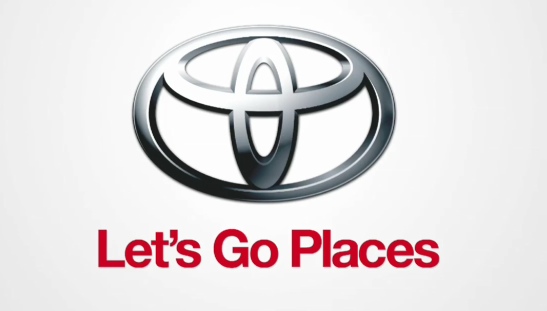 Mr. Toyoda shared his vision for the company and his focus on collaboration as a key contributor to the company’s success moving forward, when speaking about the new tag line, “Let’s Go Places.” Some key points from his speech included:
“Let’s Go Places,” Toyota’s engaging new tagline, reflects the company’s commitment to more exciting products and the promise that customers are invited to take part in shaping Toyota’s future. The new tagline will be integrated into all of Toyota’s national and regional advertising in 2013.
Collaboration not only within Toyota, but across the industry and with key businesses in other industries. Mr. Toyoda pointed out recently formed alliances with Tesla, Microsoft, Salesforce.com as well as BMW and a partnership with Ford on the development of an advanced new hybrid system for light trucks and SUVs. These collaborations help the company stretch beyond its own boundaries and create cars that will improve the lives of customers.
While acknowledging that his vision of collaborating with competitors may seem unorthodox, Mr. Toyoda explained, “Let all of us in this industry strive to make the best cars we can and work together for the greater good of all our customers.”

Highlights from other executive speeches included:
Seven new or updated Toyota and Scion vehicles launched in 2013. The company continues its commitment to building in the U.S. with strong product cadence including the new Avalon and others.
Toyota’s Sales Recovery. Customer loyalty was key to realizing the strong and successful recovery. Toyota’s U.S. sales are up 31 percent from last year, while the industry is up only 14 percent. The company expects to sell over 2 million vehicles in 2012 – the first time since 2008.
Prius family launch. The brand continues its success and domination of the hybrid market with more than 50 percent market share.
The launch of the new generation Camry. The passenger car sales leader launched successfully, resulting in large gains appealing to younger drivers and families. The average Camry buyer is now just 52 years old, down from 60 years old previously and below the segment average of 58. There are 7.5 million Camrys on the road today, and Camry continues to have the highest owner retention in the segment.
Toyota’s commitment to putting a fuel cell vehicle on the road by 2015. Toyota is researching bio-fuels and next-generation materials to help make vehicles that will be lighter, safe and more fuel-efficient. Telematics, another area of investment for the company, will contain research into car-connectivity technology such as gesture recognition and an autonomous car project that would help eliminate driver distraction and improve safety innovations.
Toyota is committed to the communities in which it does business. Since 1991 the company has given nearly $600 million to charities in the U.S. and with the 100 Cars for Good program in its second year, more than 200 local organizations will benefit from the use of a new vehicle to do good.
The new Customer First program. Executives lauded this new program’s launch designed to help connect customers throughout the ownership cycle, from shopping and sales to parts and service.