Highway Safety Devices overcame a 1st half deficit of 15 points to take the championship, overcoming a very strong Brandon Honda team that had blown past Ford of Port Richey and Honda of Ocala.

Honda of Gainesville fell in the other semi-final game to Highway Safety Devices.

Authorized Free Agent Tanner Boyle was acquired by Ford of Port Richey for a $1000 dollar donation but then sold to Highway Safety Devices (who were playing with only five men) for another $500 dollar donation. 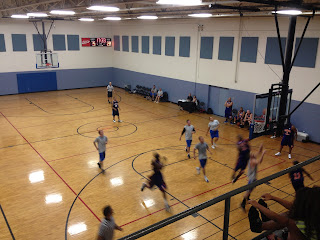 The tournament for the first time was moved from Holy Trinity Greek Orthodox Church in Clearwater, FL to the Long Center where three games could be played simultaneously. Each team was guaranteed at least two games (win or lose) and many teams (those who had play in games) ended up going 3 games.


Posted by Brett Morgan - Morgan Auto Group at 7:30 AM